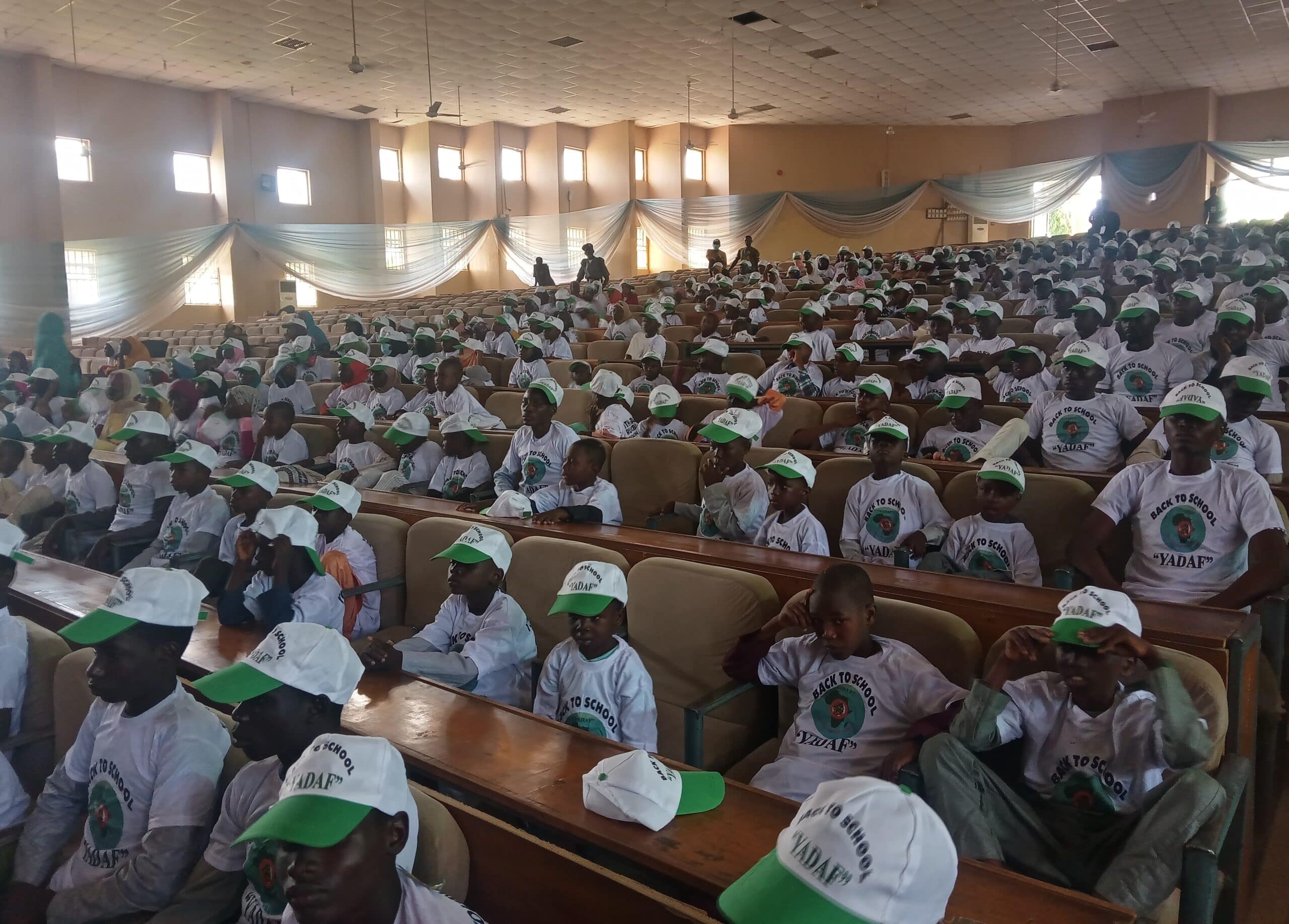 The Youth Against Drug Abuse Foundation (YADAF) in partnership with Kick-out Drugs Addiction Foundation has launched “back to school opportunities” project designed to enrol 347 out of schools children into primary and secondary schools in Kano.

The maiden launching of the project aimed at combatting the menace of drug abuse in the society was held Sunday at the Musa Abdullahi auditorium hall, Bayero University, Kano.

Each enrolled child out of the 347 was empowered by a set of learning materials, school bag, a pair of uniform and cost of examination and tuition fees covered.

Speaking at the ceremony, the Chief Executive Officer of the Foundation, Fatima Bature said the initiative is targetted towards sponsoring the beneficiaries up to tertiary education.

“We want to live a legacy, as such, all the children we enrolled will be sponsored through their education from primary, secondary to tertiary institutions.

“40 percent of the beneficiaries are children of displaced families either by banditry, terrorism or disaster. Although we don’t have a major source of funding, we task ourselves. You can also be part of the movement by sponsoring a child or two back to school.”

She therefore, charged the beneficiaries to be committed in their studies while being good ambassadors of the Foundation.

In attendance at the ceremony are representatives of the state Commissioner of Education, National Drug Law Enforcement Agency (NDLEA), State Universal Basic Education Board (SUBEB), religious and community leaders among other community based organisations fighting the course of drug abuse in the state.