What’s So Great About Online Teaching?

How To Reimagine The Student Experience With Technology

Inside The First Private Health College In Niger State

6 Critical Trends For The future Of Higher Education

Who Wants To Be A Teacher?

How Devaluing Students’ Data Can Keep It Safe From Cyberattacks 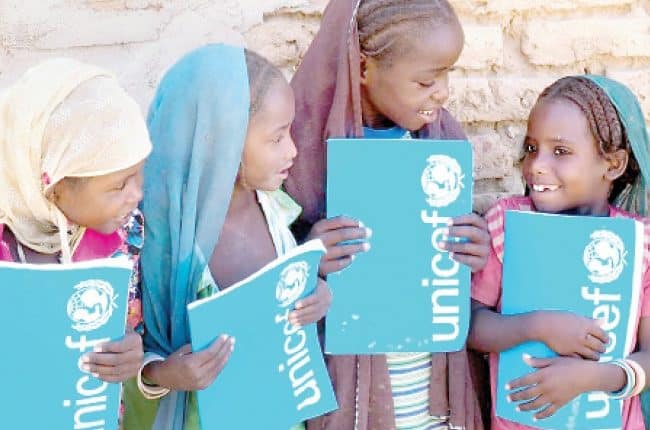 Ten years of implementation of the Girls’ Education Project in some states in the North ends this month. CLEMENT IDOKO, writes on the sustainability of the programme and its impact on school enrolment, retention, completion and transition to secondary schools.

Experts have agreed that dealing with the challenge of the more than 10.2 million out-of-school children in Nigeria has proved herculean over the years, especially in the northern part of Nigeria, due to street hawking by children of school age, lack of adequate attention to girl-child education and the Almajiri syndrome.

At age 6, Aisha Abubakar suffered a similar fate of being denied access to education as she was helping her mother to hawk Kuli-kuli and sometimes groundnut around Bodinga Local Government Area of Sokoto State, in order to augment her family income. Her dream of becoming a medical doctor “to be able to help people” would not have come alive if not for Jemila Sahabi, a member of the Mothers’ Association (MAs) of Ali-Fodio Primary School, Bodinga.

Sahabi, a mother of four, rescued Aisha from street hawking when on a fateful day, she found her seated under a Neem tree popularly known as Dogonyaro, scratching her feet obviously in despair, having hawked Kuli-kuli around under the scorching sun all day long without much sales.

“I took her to her parents and we agreed to enroll her in primary school. That was how we enrolled her here in Ali-Fodio Primary School, Bodinga, Sahabi told Nigerian Tribune through an interpreter.

She disclosed further that though there was a little resistance at first by the mother because she said Aisha is the only daughter who is old enough to assist her at home and in the petty trading. The parents also complained that they do not have money for her uniforms and books.

“I told them that would not be a problem. Through the School Based Management Committee (SBMC), we made uniforms for her, and bought a school bag, a pair of rubber sandals and some books for her. These are some of the things we do for some of the girls for their parents to release them,” Sahabi said.

The 12-year-old, Aisha, once an out-of-school child, is now in primary 5 and a happy beneficiary of the Girls Education Project 3 (GEP3) funded by the United Kingdom Agency, Foreign, Commonwealth and Development Fund Office (FCDO), formerly known as DFID and supported by the United Nations Children’s Fund (UNICEF) being implemented by partners in the six northern states of Bauchi, Katsina, Niger, Sokoto, Zamfara and Kano (2018). The project, which commenced in 2012, will end in September, 2022.

The UK government had donated $109,196,039.80, which is about N45 billion with the current exchange rate, to support the education of the girl-child and improve the livelihood of their parents in Nigeria.

The project, despite the challenges of insecurity, has led to enrolment of more than 1.3 million girls in primary schools in the six northern states, Bauchi, Katsina, Niger, Sokoto, Zamfara and Kano, the United Nations Children’s Fund (UNICEF) has said.

The education manager of UNICEF Field Office, Sokoto, Miriam Moreso, speaking at a three-day media dialogue on girls’ education in Sokoto, said that the 1.3 million pupils enrolled in the primary and Integrated Quranic  Schools (IQS) exceeded the target of 1 million in the six states since 2012.

According to her, this was achieved through the community enrollment drives by the School-Based Management Committees (SBMCs), Mothers Associations (MAs), with support from states and local government areas.

Speaking on the impact of the GEP3 project in the six states, Moreso noted that there was an improved social and economic opportunity for more girls in the targeted states to complete their basic education and acquire skills that will enhance their livelihood.

As part of the initiative to encourage parents to release their children, especially girls to attend schools, UNICEF has introduced a Cash Transfer Scheme in some of the states to support families with the direct and opportunity costs of girls’ basic education.

The GEP3 project was designed to increase access to and demands for girls’ education; improve the capacity of teachers to deliver effective learning for girls and governance to strengthen girls’ education. More than 10,000 teachers and facilitators were trained through the project with teacher effectiveness averaging 85 percent and 18,567 schools involved in a back-to-school campaign.

Speaking on the gains of GEP3 project,  the education secretary, of the Bodinga Local Government Area, Sokoto, Mr Lawali Naakka Muazu, told Nigerian Tribune during a field trip to his office that the GEP3 project intervention had helped to improve on teaching and learning in Bodinga.

He noted for instance that many of the primary school pupils could now read and write, unlike what used to happen in the past when a primary 6 pupil would find it difficult to read and write.

According to him, UNICEF has assisted in the training and retraining of teachers as well as in giving grants to some schools. Minor repairs are also undertaken in some schools in collaboration with SBMCs. He further noted that more than 35 schools have benefitted from the UNICEF’S grant.

“One of the greatest achievements of the GEP3 project is that many girls have improved their moral habits. They now know how to reject advances from men who may want to molest or rape them. We had a particular case where a teacher was reported by a girl to the SBMC of a particular school and a disciplinary action was taken,” Muazu said.

Muazu further disclosed that the intervention had led to more enrollment of girls in schools as well as retention, completion and transition to Junior Secondary School.

He revealed that in 2021 more than 11,000 pupils both male and female transited from primary to secondary school, explaining that due to the large number of transition, some of the schools like Ali-Fodio and Ali Tamburi Model Primary School, now have their junior secondary school components attached to them for ease of transition immediately after graduation from primary school.

Muazu also revealed that SBMCs have been effective in most of the schools in Bodinga, explaining that they sensitise the communities on the importance of education and the need to enrol their children in school, especially the girls.

Head Teacher of Ali Fodio Primary School, Bodinga, Sokoto State, Malam Abdullahi Abubakar, commended UNICEF for the implementation of GEP3 programme in his school, which he said has led to massive enrolment of girls and retention.

He told a team of journalists and UNICEF officials on a field trip to evaluate the impact of the project in his school that right now some classes have more girls than boys. Abubakar disclosed further that the school established in 1936 has a total population of 4257 with 1962 that are females.

He called on the state and Federal Government to ensure sustainability of the project, saying the cash transfer aspect of the programme has really helped to retain the pupils as well as the improvement of the economic well-being of the families of the pupils benefitting from the scheme.

The chairman of the SBMC of the Ali-Fodio Primary School, Bawa Sani, Turaki Bodinga, said that the committee is playing a critical role in ensuring school enrolment, provision of infrastructure, water, monitoring of teachers to ensure quality teaching and learning take place in the school.

The UNICEF, Education Manager, Moreso, however, lamented that education is seriously underfunded in Nigeria noting that in 2018, only seven percent of the national budget was allocated to education, far below the United Nations Educational Scientific and Cultural Organisation (UNESCO) recommended 15 to 26 percent. In 2020 it was 6.7 per cent.

“The completion rate for girls is lower in low-income countries like Nigeria where less than two-thirds of girls complete primary education and one-third complete lower secondary school, she said.

UNICEF Sokoto Chief of Field Office, Maryam Darwesh Said, on her part disclosed that to support efficient and effective governance in Primary Schools and Integrated Quranic schools, 13,094 management committee members (of which 5,353 are women) underwent relevant capacity development trainings in Sokoto and Zamfara.

She added that considering the benefits gained from the phase 3 of GEP, the sustainability strategy document was developed by both Sokoto and Zamfara states in June 2021 and now updated in July 2022.