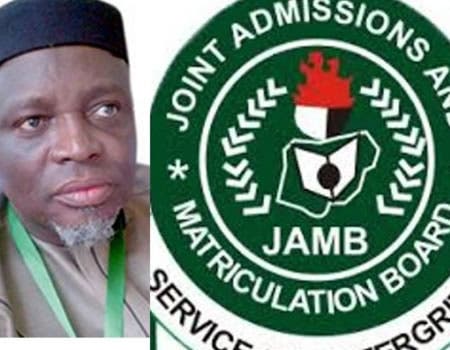 The Joint Admissions and Matriculation Board (JAMB) Registrar, Prof. Ishaq Oloyede has appealed to striking lecturers to resume.

Oloyede made the appeal on Saturday while monitoring the 2022 mop-up Unified Tertiary Matriculation Examination (UTME).

More than 42,000 candidates participated in the exercise conducted in 45 centres in five states.

The examination was organized for candidates who could not participate in the nationwide test which was held in May.

Oloyede appealed to parties to reach a truce to ensure affected students return to the classrooms.

The registrar said even if ASUU called off the strike, it would not prevent it from happening again.

“I believe that what we should do is to look at the system and take some hard decisions.

“If we do not take such decisions, then we may be postponing the evil day”, NAN quoted him saying.

The federal government has yet to reach an agreement with the Academic Staff Union of Universities (ASUU).

The industrial action started on February 14 and the government insists the figure being demanded is outrageous.

“ASUU’s proposal is N1.2trillion. Their former N412blllion was 50 percent of the total wage structure of the federal government.

“I will tell parents and everybody, go and beg ASUU”, the minister advised.