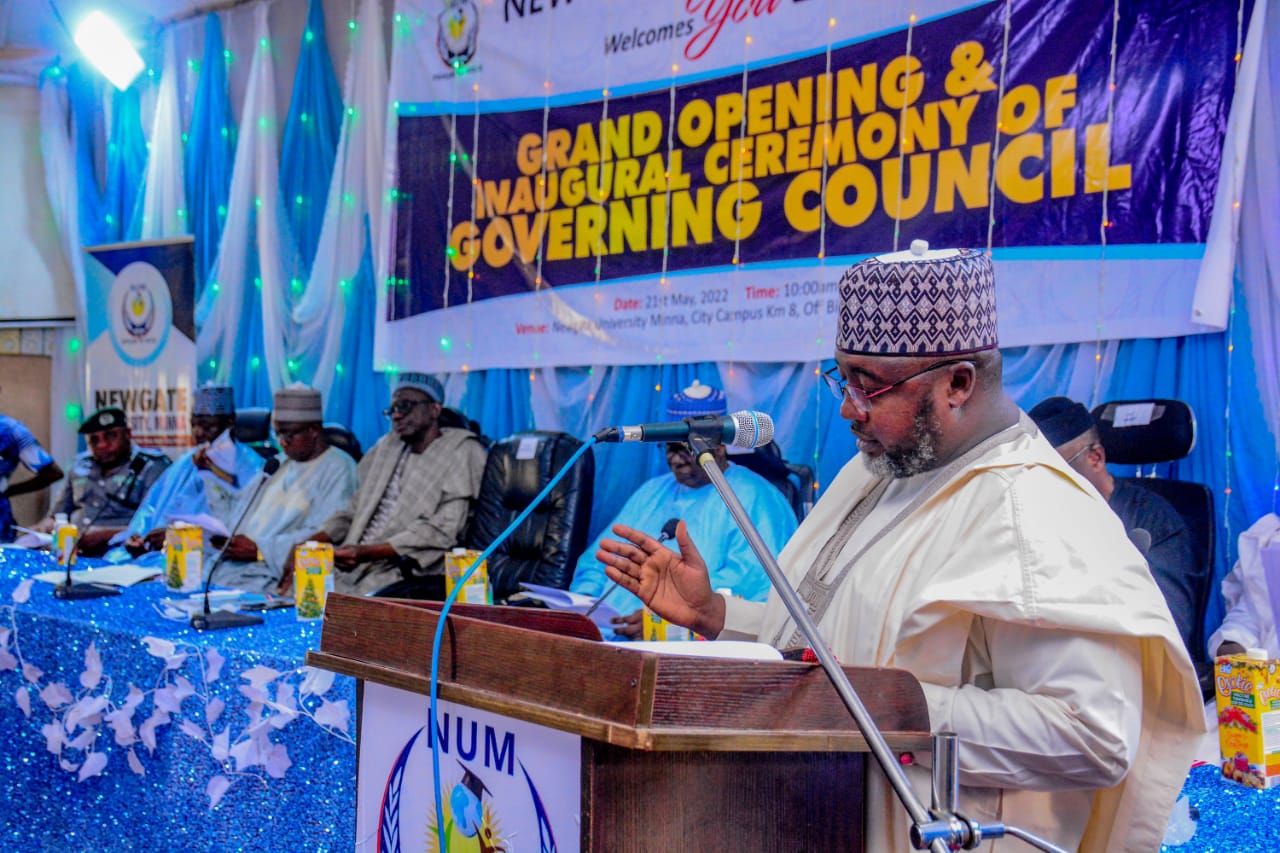 The Newgate University, Minna has today held its Grand Opening ceremony and inaugurated members of its Governing Council.

The occasion which was held at the Univeristy City Campus in Minna attracted dignitaries from various sectors especially those in the academia.

The Proprietor of the University Mallam Hassan Nuhu stated that the University is for the community and that it will serve the purpose of consolidating the government efforts in the area of education.

It would be recalled that the on the 6th April, 2022, the Federal Executive Council approved the establishment of 12 new universities which Newgate University Minna is part of.

Newgate University is the first Univeristy in Minna, the capital of Niger state and the second univerrsity after Edusoko Univeristy in Bida.