No Question Of Rotation In PDP, We Only Need Candidate That Can Win 2023 Election - Mazoji

CAN To Partner CITAD On GBV Issues In Kano

Accord Party: Member Dissociate Self From Leadership Crisis

'Nigerian Youth Must Wake Up' - Gurjiya

GBV Cases In Kano Still On The Rise - CITAD 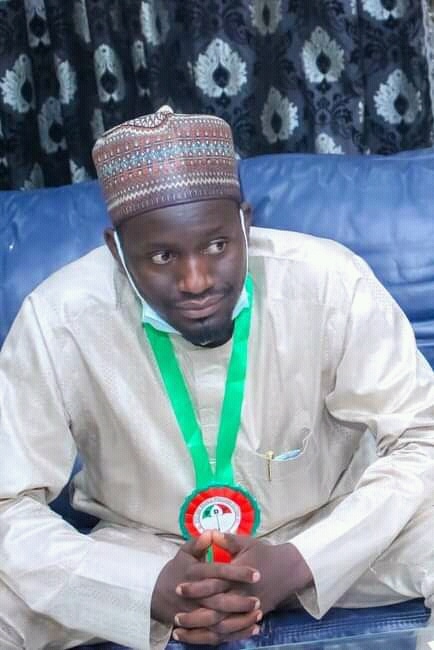 “What is happening in the PDP, in my view, is not unusual. It is normal especially when you are approaching a major election like the one that is expected in 2023,” said elder stateman of PDP in Katsina, Hon. Zaharaddeen Babba Mazoji.

He made this statement when answering questions from Journalist in Abuja last week, saying that the PDP needs to be repositioned, and it’s also needs to review and see for itself the issues that the Nigerian populace have raised in the past couple of years. What led to the challenges of 2015 which made the PDP lose the general election.

Babba Mazoji Said, “opportunity some of us had, including me, believed that we were manipulated out of power. So, as a result of what happened in the past, it is time to review and see properly how to reposition the party. We need to look at which of the policies to be adopted not talk of rotation of power and who among the candidates would be best to drive it.”

Mazoji added that you can’t do all these without a strong party’s structure. The PDP that used to be a winning machine was manipulated out in the last couple of elections because of some inexperienced people in the saddle. So, to be able to approach the next election properly,  mazoji express that it is necessary to get the right calibre of people. Square pegs in the square holes and round pegs in the round holes and then, on that foundation, we start preparing for 2023.

“It is not unusual, it is normal that we should be able to look one another in the eyes and say this is where we want the party to be.

“If we are really Nigerians, I want us to be, if we believe in the unity of Nigeria and we also believe in equity, justice, and fairness, there is no reason we should give it to the South. In the PDP, you are aware of the fact that President Obasanjo had a full eight years as a Southern candidate; he was succeeded by Umar Yar’adua, a northern candidate.

“Yar’ adua used two and half years during his tenure and the remaining of his tenure was used by Jonathan, who did another four years, making a total of six years for Jonathan. And since then, we have not had a candidate from the North. So, the North is still in deficit of the presidency under PDP Umbrella if we are to look at it.”

Mazoji further said, Some people decided to be abstract but “I am a Politician that is why I have taken it how it is. So, if you aggregate them, you can see that there is still a deficit in favour of the North. So, that should be part of what PDP should put into consideration. I don’t care about the age of the candidate but the experience, the capacity, the knowledge about Nigeria and the ability to unify this country.

“The fact that President Buhari is adjudged to be a complete failure does not mean that every Northerner is a failure; it is just a lack of policy.  We are able to find liberal Northerners, competent ones that are able to fraternise irrespective of the religious, tribe, and political differences and unify this country. Which I Believe only PDP can saved this country.”

GBV Cases In Kano Still On The Rise – CITAD

Nigerian Youth And Not Too Young To Rule Amendment Bill- Amb. Danmaje