ABU Students to NANS: Count Us Out Of Planned Tuition Fees Hike Protest

Nigeria Has Only 100,000 Lecturers For 2.1 Million University Students – NUC 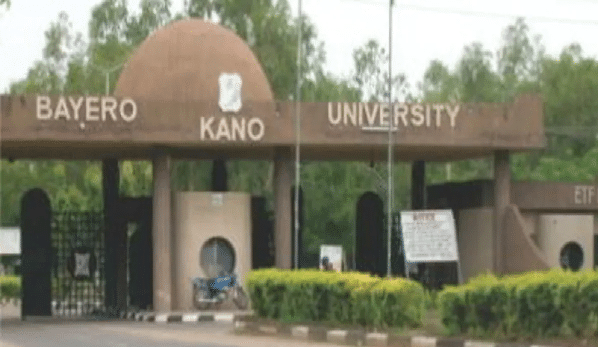 Binta Isa, a 400-level student from the Faculty of Education, Bayero University, Kano has been reported dead.

The Deputy Registry Public Public Affairs of the University, Lamara Garba confirmed that the student was found dead in her hostel room on Friday, 26th November, 2021 after an illness.

The deceased who hailed from Kogi State died around 7pm after complaining of acute chest pain.

According to the University Director, Health Services, Dr Gezawa, late Binta Isa had previously visited the New Campus Clinic, precisely on Wednesday, 24th November, 2021 complaining of chest pain for which she was given some drugs.

The Director explained that the deceased responded to treatment and continued attending her lectures on Thursday and Friday, as well as other routine activities.

On Friday, 26th November, 2021 in the evening around period of Magrib prayer, her symptoms relapsed and she complained of chest pain to her roommates, but she managed to perform ablution and prayed the Maghrib prayer in the room.

However, her roommates were shocked to have come back and met her lying lifeless on the floor. They immediately raised an alarm and she was rushed to the Aminu Kano Teaching Hospital where she was confirmed dead by the doctors.

The Vice Chancellor, Professor Sagir Adamu Abbas, in the company of the University Registrar, Malam Jamil Ahmad Salim, Director University Health Services, Dr. Gezawa, as well as the Director of Security, Abdulyakin Ibrahim were all at the scene to ascertain the situation.

As a tradition, the university management has contacted and briefed the deceased’s brother, who resides in Kano about the situation.

Professor Abbas also expressed sadness over her death at a prime age, and extended a heartfelt condolence to her parents, relatives, and colleagues. He prayed to Allah to forgive her shortcoming and grant her Jannatul firdaus.