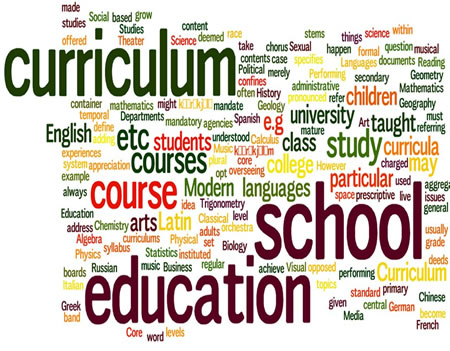 For some decades now, the Nigerian University system has been overwhelmed by diverse scandals ranging from sex-for-marks, mismanagement, corruption, to incessant strikes by the Academic Staff Union of Universities, ASUU.

These militating factors have resulted in lowering the standard of education at the tertiary level, as manifest in the outrageous number of graduates who are unable to defend their certificates.

If one should Juxtapose the poor state of Nigeria’s Ivory Tower with the possibility of another strike by ASUU coming up and, the number of children of Nigerian politicians who are supposed to add value to education in the country schooling abroad, it’s pretty difficult to see any light at the end of the tunnel.

Regrettably, this has led to continued sourcing of talents from abroad for businesses in Nigeria due to lack of experts especially in technical areas.

Heaping the blame on the federal government for the decay in the tertiary institutions, Professor Boniface Oye-Adeniran, a retired Professor of Obstetrics and Gynaecology, College of Medicine, University of Lagos, said “With all sense of responsibility, the federal government of Nigeria, is responsible for the deplorable state of our Universities”, stressing that the proliferation of Universities when the government has been unable to properly fund the existing ones, is responsible for the poor state of the Universities.

Prof. Oye-Adeniran, spoke during an interview with Arise TV, where he discussed the report of the Presidential Visitation Panel to the University of Lagos with regard to the face-off between the Governing Council which was before now, led by Dr Wale Babalakin and Management, as well as measures to be taken to reform University education in Nigeria.

“How can you be setting up Universities in every village in Nigeria?” he asked, lamenting that “They’ve turned University establishment into contract business and after they set up the Universities, they are not properly funded.

“There is no University in Nigeria today that is properly funded, that is the bitter truth. So, federal government should stop establishing more Universities when they have not adequately funded the existing ones”, he stated.

Universities he insisted, must be properly funded rather than establishing new ones as this brings down the quality of administration, teaching and the graduates.

On the likelihood of ASUU going on another strike, Oye-Adeniran noted that ASUU has only been reacting to breach of agreement. “Government will enter into an agreement with ASUU , and will not fulfil what they have promised to do, that is what is bringing this incessant strikes in different sectors of the economy”.

“Why should Federal Government approve universities for those states owing so much and are not likely to pay soon?.

“Universities have been turned to commercial business- money making venture rather than centres of excellence”, he declared.

With regard to the inability of FG to meet up with funding of universities, Prof. Oye-Adeniran suggested that FG can fund only a limited number of Universities because of the resources that are not there. They should give options to universities ready to get out of the NDA business; that is, they want to stand alone, generate their own income and run the university as it is done abroad.

“The Federal Government should allow that, I know ASUU is opposing that but, I think it’s high time Universities stood alone because federal government cannot properly fund all the Universities they’ve established”.

He frowned at the idea of public office holders sending their children/wards abroad to acquire quality education, leaving Nigeria’s education sector in ruins. “Why should anybody establish a university his children will not attend? Those are the questions. People celebrate their children graduating from foreign universities; these are decision makers, public officers, these are the people who established the same universities in their villages; that should stop.

Reacting to the report of the Presidential Visitation Panel on the University of Lagos which indicted the Vice Chancellor of the University, Professor Oluwatoyin  Ogundipe and his management for gross misconduct, he said that, “The latest report vindicated the Babalakin-led council, they did the right thing. The special visitation panel, one is not surprised by their conclusion, because it was made up of Professors, former Vice Chancellors and you are now asking them to investigate their own member, whatever they come up with might also affect their own future.

“They might have done the same thing in their various universities in their capacities as Vice Chancellors”.

Prof Oye-Adeniran defended his position on the matter saying, “I spoke about that panel; I said it was inappropriate to investigate the Vice Chancellor of the University of Lagos. The Chairman of that Panel, Prof Tukur Sahad, disagreed with the main report and confirmed that what was going on in University of Lagos, was corruption and that somebody was virtually converting the institutional fund to his ATM Machine.

“The present report showed that the Council led by Babalakin monitored events in the University rightly, rightly set up a disciplinary panel and rightly came to conclusion that the Vice Chancellor should go”, he added.

The report he noted, “is overwhelmingly detailed and every page of that report is what Wale Babalakin Council had found out”, about corrupt practices and I think if this is replicated in other quarters, we might be dealing with the issue of corruption.

To send a good signal to other public officers, he suggested that “those who breach the procurement law, should be tried, they should have their days in court. Besides Councils disciplinary action, they should be sent to the court of law, and when found guilty, their punishment should be dismissal, 5 years imprisonment without option of fine and assets forfeiture.

Dr Babalakin first, made it categorically clear that he was on television because of the collapse of education system in Nigeria, adding that “The events of the University of Lagos are simply the manifestation of a decay that has gone on for so long… This is where we have found ourselves. And this is largely because whether deliberately or due to inadvertence, the university system has completely collapsed”.

ALSO READ:  6 Reasons Why You Should Love Your University Libraries.

Dr Babalakin who expressed happiness over the latest Presidential Visitation Panel reports which he said, vindicated him, disclosed that “The first panel that was set up was inappropriate, clearly inappropriate because the technocrats in the ministry, without hearing the sides, without knowing what happened, came to the conclusion that there was no fair hearing for the Vice Chancellor. That is not the conclusion that a Permanent Secretary who is not very skilled in legal issues can make.

“The first report was faulty, and it wasn’t faulted by me but it was faulted by the Chairman of the panel. I appeared on the panel reluctantly, only out of respect for the Minister. Members of the panel were all working in the academic sphere; you brought them to probe a pro Chancellor who had been standing up for the truth”.

And referencing the views of Prof Oyediran, Dr Babalakin said, “As Prof. Boniface said yesterday, they were only protecting their turf. As reflected by the Chairman of the panel, they had one agenda; indict Babalakin and save the Vice- Chancellor. I hope that one of the panel members will put out the whole report for Nigerians to see. It is cruel to have such a system; I fought it from the beginning.

On the series of diversion of funds meant for the university, he said they were diverted into personal accounts saying, “In UNILAG as I later discovered, a substantial amount of fund provided, was misappropriated”.

Corruption, the UNILAG Pro-Chancellor stated, “Did not start now, it is actually endemic and cannot be unveiled by any visitation panel no matter how strong.

“I’m happy that the visitation panel recommended that an international accounting firm should come and look at the affairs of the university… I will say a judicial panel, with a judge knowledgeable in finance, should look at all the universities and the University of Lagos and it will be discovered that the federal government is just pumping money into these universities without getting commensurate return.

Related Topics:CollapseNigeriaProfessorsUniversity system
Up Next