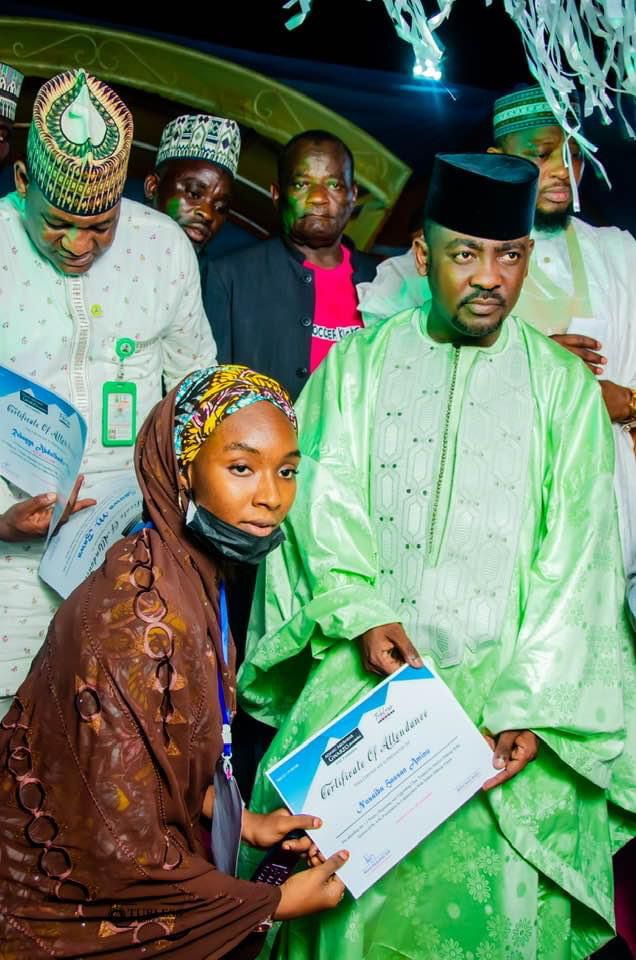 The support was given to the beneficiaries by Professor Adamu Abubakar Gwarzo Foundation after undergoing training on make up sponsored by the foundation in Kano on Sunday.

Speaking at the occasion, Prof. Abubakar Gwarzo, who is also the President of Association of Private Universities of Africa urged the beneficiaries to make the best use of the money to establish their businesses in order to be self reliant adding that the children of the poor could achieve their aspirations in life if they utilise their time and opportunity given to them.

He also advised the women that received the training on make up to try as much as possible to extend the training to other women who were not opportune to attend the training as it is the only way they could be self reliant for sustainable development in the country.

Maryam Isah, who is one of the trainees who that received the N50,000 from the Foundation said the money would give them the opportunity to establish the business on what they were trained as lack of start up capital was one of the major challenges confronting most of the trainees.

Another beneficiary, Hanan Muhammad, commended the Prof. Abubakar Gwarzo for the gesture saying she never expected the money which would go along way in booting the make up business in their respective areas.

In his remarks, the Director of Foundation, Dr Musa Abdullahi Sufi said the empowerment is part of the Foundation’s corporate social responsibility.

He said the Foundation had been able to support individuals and communities on different ways especially in the areas of education, health and women and youths empowerment as well as providing social amenities within and outside Kano state and beyond.

Each of the 100 women were presented with a certificate of attendance and N50,000 cash at the occasion.