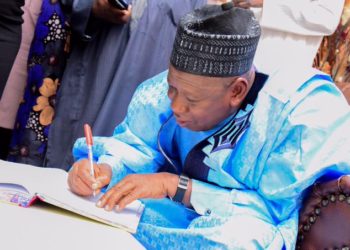 Kano state government has commenced the revocation of illegally acquired or not properly documented properties and structures within the metropolitan area for the establishment of mega secondary schools.

The government said the decision became imperative in view of the prevailing security challenges coupled with the congestion of schools in the outskirt of the city.

The state commissioner for information, Malam Muhammad Garba disclosed this in a statement made available to newsmen in Kano on Monday.

According to the statement, the measure is aimed at decongesting the boarding schools across the 36 local government areas in the outskirt of the state, following persistent abduction of students from boarding schools in neighboring states.

‘’While the government was currently reviewing the security situation in the face of the recent offensive against bandits, kidnappers and other criminals in forests adjoining the state, government would be proactive in adopting measures that secure its schools, ‘’said the statement.

‘’Malam Garba cited one of such confiscated and converted properties at Filin Bola along Court Road in Tarauni local government which has no building permit where government would establish such Mega school.’’

‘’He said when it takes off, the school would have among others, as its specifications a storey block of 18 classrooms, a storey block of laboratories, multi-purpose hall, administrative block, sports arena, VIP toilets, state-of-the-art science equipment.’’

‘’The commissioner further explained that government has noted with concern how congestion is creating incompatible atmosphere for teaching and learning in the schools as well as the portending dangers students are exposed to in the schools.’’

‘’He also revealed that government would also confiscate property developed on areas not earmarked for the purpose it was meant for.’’

‘’Malam Garba pointed out that government was currently “looking into cases of land approvals for residential purposes but converted to shops or commercial plots that are now turned to residential buildings and vice versa.”