College Marijuana Use Reached High In 2020, While Alcohol Fell 6%

More College-Educated Women Are Having Babies Outside Marriage

Judging A Degree By The Program, Not The College

5 Reasons Why Online Learning Is The Future Of Education

Back To Campus? Beware Of 5 Sexual Harassment Investigation And Compliance Missteps

Let’s Write A New Ending For The College Dropout Story

Curbing The Menace Of Sex For Grades

Towards A New Culture Of Teaching In The Digital Space 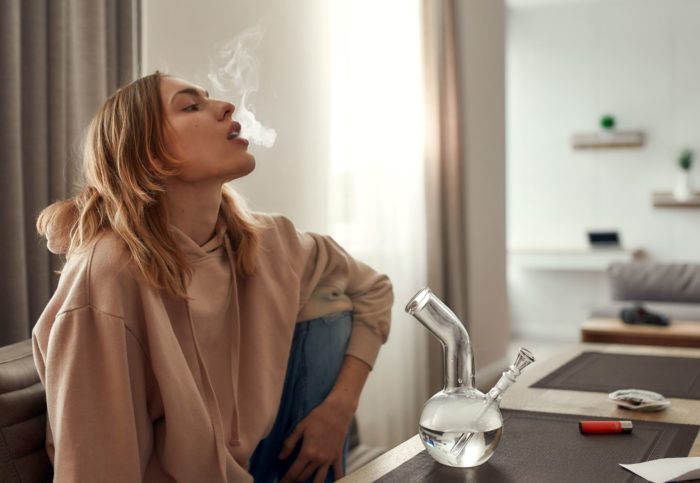 Will trends continue this fall with more open campuses?

College students continued to increase their use of marijuana while dialing back their use of alcohol during a pandemic-affected 2020, according to new data released by the University of Michigan’s Institute for Social Research.

Marijuana use reached 44% – the most since the early 1980s and a 6% increase over six years – while alcohol use dropped to 56%. Nearly 8% of college students 19-22 also are turning to marijuana daily, a more than 3% increase over previous reporting.

Those patterns on marijuana are worrisome, according to John Schulenberg, professor of psychology at the University of Michigan and principal investigator.

“Daily marijuana use is a clear health risk,” he told the University of Michigan’s news service. “The brain is still developing in the early 20s, and as the Surgeon General and others have reported, the scientific evidence indicates that heavy marijuana use can be detrimental to cognitive functioning and mental health. Heavy marijuana use is associated with poor academic performance and dropping out of college. Of course, the landscape of cannabis use is changing, so continued research is needed regarding negative consequences of heavy use.”

The National Institute on Drug Abuse (NIDA) at the National Institutes of Health, cautioned that the Monitoring the Future (MTF) study may have been affected by the lack of access among students to their friends, social gatherings, and other activities because of campus shutdowns.

“The COVID-19 pandemic dramatically changed the way that young people interact with one another and offers us an opportunity to examine whether drug-taking behavior has shifted through these changes,” said Dr. Nora Volkow, NIDA Director. “Moving forward, it will be critical to investigate how and when different substances are used among this young population and the impact of these shifts over time.”

The results likely will become clearer once this year’s study is completed and then released in December. In the report, there were more than 1,500 college-age students who provided responses to a battery of questions on their substance use over a 30-day period from March to November 2020. There were a few eye-openers.

One was the decrease in alcohol consumption, which has dropped 6% over a two-year period. Binge drinking and drunken episodes also slid back 7% and 8, respectively. Those numbers were equal to non-college students.

“Historically, college students have reported the highest levels of binge drinking compared to same-aged youth who are not enrolled in college. This is the first year where binge drinking was similar between the two groups,” Schulenberg said. “While binge drinking has been gradually declining among college students for the past few decades, this is a new historic low, which may reflect effects of the COVID-19 pandemic in terms of reduced time with college friends.”

Other notable trends from the study:

The 532-page MTF report offers an in-depth look at trends and patterns of use from 1975-2020 as well as study publications referenced by the panel at the NIDA.

Judging A Degree By The Program, Not The College

5 Reasons Why Online Learning Is The Future Of Education