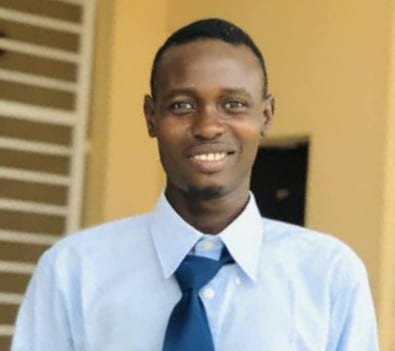 Rumors usually goes with a popular saying that “in every rumor, there’s an element of truth.”
Some months ago, social media had been filled with a rumor that, the national caretaker chairman of the ruling party is lobbying some notable oppositions from to his party and it was said that the current Governor of Bauchi State is among the governors the ruling party is lobbying to defect to their party. Although, the story might be true or otherwise, but only time could testify that. Here, asserting the truth of that news is not the point I am trying to make, but to point out the positive and negative aspect of the story.

If the story turns out to be true, it is a huge slap on the face of those writing all over the internet that, Bala Kaura’s administration is performing poorly, because if their claim is true, their party would have nothing to do with someone performing poorly. And to the supporters of Kaura, it affirms their claim that the Governor is doing his best to bring development to the state.

The Kaura led-administration started gaining opponents since its inception, but the situation does not worsen, until when he put much emphasis on the provision of infrastructural development above politics. From there, his opponents began their criticism on the basis of his focus on roads construction projects. To them, instead of roads constructions, he could’ve channel the funds to providing employment, payment of pensions and gratuities, etc.

Moreover, when the administration brought the idea of building new modern government house, the idea was heavily critized with the same arguments as that of the roads construction! Another point of the critiques is that of the banning of Achaba, which brought negative impact on the life of those involved in it as a means of livelihood.

The amazing thing with those critics is that, they are always on hand to criticise the government in black, using irrational arguments against the government without minding the fact that, today the electorates are more wiser in measuring whatever is criticised with reality instead of politics.

Let me begin with the benefit of prioritizing infrastructural development on the long term. Prior to the inception of Kaura’s administration, Bauchi state was among the states left behind in terms of infrastructural deficit. Bauchi State like many other states, has quite a number of many remotes areas that lacked good accessible roads, which in turn deprives them from engaging in economic activities. Not that only, it deprives them of easy movement to educational institutions in other areas because their roads are inaccessible. For instance, there’s a remote area connecting Bogoro and Tafawa Balewa. Despite been one of the local governments that once produced a governor, the road linking the two local governments was in a terrible condition. In that road, people usually walk for about 16kms to transport their farm produce, as such, it is a hefty work to pass that road during the rainy season. But, a year within the inception of Kaura’s administration, the two local governments were blessed with a quality road, given them an easy means of transporting their agricultural produced and their say to day activities. Is that a blessing or curse?

Also, Itas and Gadau, are two towns located in the northern part of the state. The road leading to the two towns had a long history of dilapidation. The road witnessed the reigns of past military and democratic governors, but only Tatari Ali of blessed memory attempted to give it a life. All the previous administration overlooked the importance of linking such roads, despite the huge economic and social benefits associated with that. But with the coming of Kaura, now the road is accessible. Now, people from these towns can transport their agricultural produced and take their wards to the state university located within their locality. Is Kaura a blessing or curse to those villages?

Lacked of affordable housing is one thing bedevilling the low income earners among the state civil servants, to this effect, Kaura’s administration is presently constructing 2500 houses within the Six emirates of the state in order to provide room for this class of citizens to own a roofing. To ask again, is Kaura’s administration a blessing or curse to those income earners?

According to the critics, the roads; Sabon Kaura-Wuntin Dada, Bakin Kura-Malam Goje, Gwangwangwan-Kofar Dumi, the abandoned Federal Low-cost road completed by Kaura, the Eagle Square-Zaranda road and many other roads initiated and completed or being on the process of completion by this administration should be overlooked and accept their blank and irresponsible criticism!

Although, I am not a financial analyst or quantity surveyor to justify or critize the amount of funds set aside to reconstruct that dilapidated government house, however, the government house will forever remain as a property of the state and will not go with Kaura after expiration of his tenure. So, this is left for professionals (not politicians) to justify or criticize the allocated amount capped for this project.

On the Achaba ban, critiques always made mentioned that Kaura banned Achaba in the state capital and other major towns, without considering and mentioning that he provided over one thousand tricycles at zero interest to those involved in the achaba in order to compensate their banned achaba. This is something obvious that can’t be denied by any fair analyst.

On the issue of unemployment which has become a national emergency, Kaura’a critiques tend not to the mention the fact that, apart from providing those tricycles in order to maintained those in achaba business and also to reduced the level of unemployment in the state, a new modern phone market is about to be completed which could provide job to thousands of youths involved in phone sales, repairing and maintenance. This is something they overlook in order to score cheap political goal at the expense of those outside the state.

Another interesting thing is that, the critiques overlooked the fact that Kaura constructed new blocks of classrooms and renovated many that were previously unattended.

All these achievements are coming in a time when the global economy is ravage by the negative impact of Covid-19 pandemic and in a region destroyed by the actions of Boko Haram militants!

Recently, pictures of mansion under construction (sponsored by opposition) is going viral all over the social Media, with the caption that, the mansion belongs to Kauran Bauchi. According to them, he cornered the resources of Bauchi State to build that private mansion! But at last, it is revealed that, the picture was lifted from a social media platform (Nairaland.) The said mansion is located in Ogun state of Nigeria. But after seeing the glittering truth, those errands boys are silenced, without the guts publicly come out to withdraw their earlier accusation and tender apology. And if for instance, a legal action will be instituted against them, it will open another chapter for them to blackmail the gullibles, in order to portray the governor as a dictator trying to silence the opposition!

Finally, in every war fought between truth and falsehood, truth always triumph.