Nigeria Would Have Been Great If First Generation Of Leaders Survived Beyond 1966 – Prof. Hamman 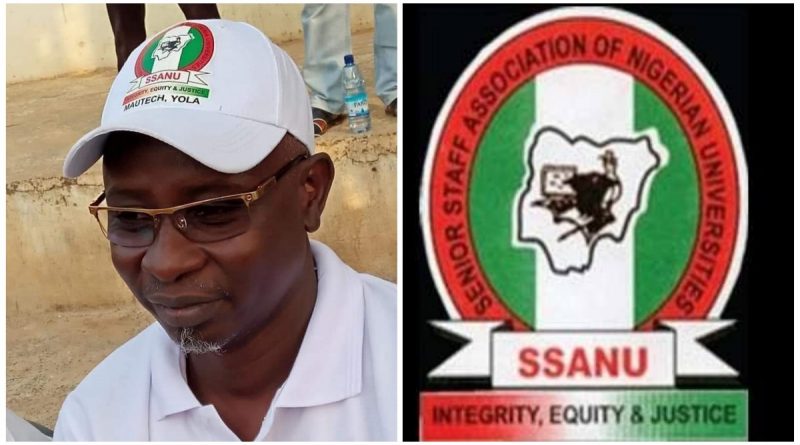 Mr. Mohammed Ibrahim is the National President, Senior Staff Association of Nigerian Universities – SSANU. In this interview with GRACE EDEMA (of Punch), he speaks on issues surrounding the ongoing strike of the non-academic staff of the nation’s varsities among others.

The Minister of Labour and Employment, Dr. Chris Ngige, said the Joint Action Committee of non-teaching staff had no legal or moral right to go on strike.  Is this the correct position?

The question of morality is subjective because when you say that somebody has no right, I don’t want to believe that because the ILO (International  Labour Organisation) and the labour laws in Nigeria give the employees the right to go on strike if due process is followed in the pursuit of their grievances. You know and you are aware that we have had issues with the government since 2009. We have had a series of engagements and all the engagements we have been having are aimed at solving the problem. This agreement that we signed was on the matter that affected directly the lives of our members and of late; we signed an MoU with the government in November.

During the signing of the MoU, a timeline of two weeks was given by the government that within two weeks, all the issues that we highlighted previously would be sorted out. One of the issues is the payment of minimum wage arrears. The moral burden is on the person or the people, who are supposed to have done their job but they have not done it. They should be the ones to carry the moral burden and not us who are complaining. There’s nothing we have done that is illegal. We have written to the government and we have given an ultimatum of two weeks; after the expiration of the ultimatum, nothing was done to solve the problem.

We started engagements with the government when they invited us and the only two issues we discussed,  they could not give us definitive answers.  We discussed the payment of minimum wage arrears and we sought to know when the payment would be made. The answer we got was that we should give them time that it would be captured in a supplementary budget that has not even been done. You also heard in the media that the government said it would be done that when the Minister of Finance returned from her vacation.  I don’t know how to reconcile these two, we have the Minister of State. Is it that that person cannot do that job?

Now, we have to wait for the Minister of Finance to prepare a supplementary budget. When we sought to know how much is involved in the minimum wage arrears, we were told that it was about N18bn. You remember that the government gave N40bn without waiting for a supplementary budget; now we are talking about less than N20bn, you are saying we should wait. I’m talking about the money that was given to ASUU and other unions. I don’t know if you’ve been following, but they didn’t have to capture it in a supplementary budget. We’re talking about less than N20bn, you’re saying that we should wait and I’m happy that the minister was truthful to say that it was an omission. How can the government miss out the wages of people? You implemented a minimum wage for federal workers and you omitted members of staff in all the federal tertiary institutions! We are not even talking about universities alone, but also polytechnics, colleges of education and inter-university centres.

So, when we saw that there was no headway in the discussion, because we could not get an answer, we had to adjust and we said, ‘Okay, we’re only leaders and the mandate we have from our congress is that get us dates of when our problems will be solved’. Those dates are no longer feasible; they are no longer coming from the government. So, I don’t know how you reconcile this position vis-à-vis the issue of moral burden or morality as the case may be. For us, we are not too eager or happy to go on strike, but then, we were pushed. As leaders, we were elected to ensure that we pursue the rights and privileges of our members so that their welfare and well-being will be well taken care of.

We are not antagonistic to any policy that the government will bring that will improve the life, welfare and well-being of the citizens. But then, whatever is worth doing at all, is worth doing well.

When did this recent struggle start?

It started as a result of the non-implementation of the 2009 agreement.

Concerning the earned allowances, are you satisfied with the sharing formula proposed by the Federal Government that gives N30bn to ASUU, while the other unions take N10bn?

As much as possible, I don’t like discussing the other unions, who are our counterparts in academics. But to put the record straight, we have had engagement with the government and a year ago, it approved the sum of N30bn for the non-academic staff–, SSANU and NASU–that was in 2019. That money was never released and we have been pursuing it since then. When ASUU came up with its own agitation, the government decided and I’m sure it was in the news; the Minister of Labour came out to say that ASUU had come with its own and these other people are there; we’re releasing the sum of N40bn to the four unions; that was the statement of the minister.

In the first place, we always say that the government has no business giving that money in the name of the unions, but they should give the money in the name of members of staff of the universities, who are in various unions. If they send the money to the university management through the councils as was done in the first tranche of 2013, the university management knows exactly who is doing what and who belongs to what union. They will now pay everybody in accordance with their schedule of duty. After the minister’s approval or statement that N40bn was for the four unions, we saw a circular/statement that 75 per cent of that money would be going to ASUU and 25 per cent would go to other three unions. You don’t need rocket science to tell you that that is clear injustice. How can you lump three unions and give them 25 per cent and one union gets 75 per cent when the money is meant for four unions?

On what basis did they arrive at this sharing formula? That is why we kept asking about the forensic audit that the government initiated after the payment of the first, second and third tranches; let us see the result of the forensic audit so that we will know which union got what and the claims of whether unions have been paid fully or up to date, because if that is done, the public will know. The government has spent so much money to send auditors to all the federal universities and the results are not yet out.

So, the sharing formula for us is clear injustice. To me, if ASUU is deserving of N100bn, let them be given, we have no problem with that. But also ours should be paid; if you have approved N30bn for us about a year ago and now you’re coming to give N40bn and you’re saying that out of the N40bn, N10bn is to be shared among three unions, that you had given N30bn that has not been released and you’re giving N30bn to one union. Everybody who thinks properly will know that something is wrong. That’s why we keep saying that the sharing formula is not in tandem with reality, equity, justice and fair play.

But your people are already receiving the money…

Of course, what do you do when you don’t have the final say and they send you an alert? You don’t have a way of sending it back that you don’t want as the money is being paid from the Central Bank of Nigeria.

Some observers feel you’re competing with ASUU for going on strike. This is because when ASUU was on strike, SSANU and NASU were condemning them saying you would not use strike to drive home your point. So why is the JAC of the non-teaching staff now on strike?

We’re not envious of ASSU, they are our colleagues; they’re in a different calling and we’re for a different calling also. The university will not work without either of the two; they do the teaching and we do the administrative and governance part. At a graduation, the Chancellor will tell you that you’ve been found worthy in both character and learning. If you put this on a scale, who does more of moulding of character? You know most of the activities are non-teaching activities. At the point of entry, you don’t meet the teaching staff; it’s the non-teaching staff you meet from the gate; you meet the security, go to the students’ affairs unit, collect your admission letter from the academic office, you go to the hostel to get a bed space. All these interactions are done by the non-teaching staff. We’re not competing with them as we’re only doing our job and we’re happy doing it and they should also do their job happily. We should not allow the government to bring in friction between us. Most members of the academic staff have their wives in the non-academic cadre and some non-teaching staff members have their wives teaching in the universities. If you say you want to erect a barrier, you’re erecting barriers in marriages then. People should understand that it is a community that cannot do without each other.

So, what are we expecting on February 11?

We’re expecting that the government will shift ground and give us realistic projections and results. That is, let us know when we will get our minimum wage arrears, when the earned allowances will be paid and when the myriad of problems I mentioned will be solved. I can tell you that we will happily go back to our members and suspend the strike.

If the government does not meet up with your demands, how long will the strike last?

It will last as long as our members decide.