Flood: Government Should Act, Not Talk, Jigawa Is In Danger

The Misconception About ASUU

Life is All About Time

20 Years On Wheelchair, A Blessing With Many Lessons

The Imperative Of Community Ownership Of Telecommunication Infrastructure

Delegates And The Utopian Visions Of Democracy

Be Shrewd, Don't Let Expertism And Accolades To Critically Become Your Achilles Heel 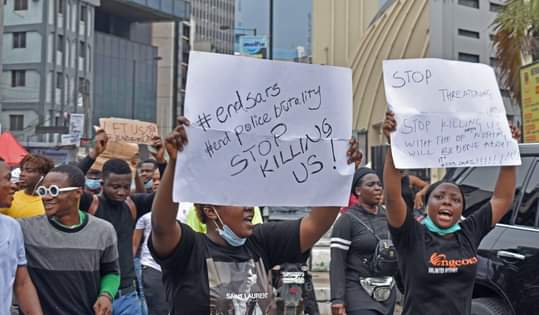 I wasn’t in the mood to write or wrong the ongoing protest against the Special Anti-robbery Squad of Nigeria, but in a clear view of its obnoxiousness, I now feel the urge to write not much about it. It was extremely  pleasant when the protest all began, unless how it continues recently. In a nation where there is a growing savagery, it’s therefore important for its citizens to take a vital move by standing firm in order to object such. Whereas the expostulations of the citizens against the awful, persisting barbarities is  addressed by their leaders and yet the citizens unlawfully persist with the protest, then it would be no more a matter of consideration at all but will be rather outlook an unsmart take.

The way things are negotiated in Nigeria seems so exceptional compared to other countries. It’s not that my points are plainly meant to revile the country’s being, but it’s the fact about it and its dense experiences. Take for instance the vehicle operation, most of the citizens go by driving or riding incautiously, which often leads to unfortunate casualties on the thoroughfare. This is quite an exemplar of the country’s imbalance especially when it comes to due conclusion of such infirmities of the nation.

It’s, however, very displeasing to watch people in a continuous protest when their claims have been justified by the Government they appealed to for the dissolution of the claims. Truly, my mind got flatten as I saw the protesters in a nonstop yells for the already annulled SARS. And I was then besieged by dubitation and had to question whether the protesters are fussing over something else since what they demanded had been extended to its limit.

While uttering such unequivocal queries to myself, another facts subsequently dawned on me that it’s no longer a protest but a boneheaded move that’s meant to bring into sight an even assertions that will most likely disturb the peacefulness of others and to which it’s precisely doing now. It’s so obvious that one could even witness the vacuousness of the protest on the Ibadan-Lagos Expressway. This is exactly where it became more exasperating as it’s very known to us that it’s the most busiest expressway within the nation.

Thus, restriction of vehicles movement on that expressway is a severe detriment because there will be an unnecessary delay of valuables that need not to be conveyed in such a haste in order to avoid spoilage. Likewise there may be trucks loaded with cattle, goats, rams and so on, which such senseless restrictions by the ongoing protest will perhaps lead to the death of these animals. Don’t get me slagged if I conclude this protest as being unruly, an understandable display of ignorance of rights, and a motive for defiling the country’s godliness.

This protest is now beyond mere demurral of the tags: Endsars, Police brutality and whatsoever. It’s now in league with the untroubled atmosphere of the reasonable citizens of the country. You may call it a protest but to me it’s a gross friction between the Government and the citizens and also in line with an unpatriotic gesticulation toward the Federation. The emerging terror here is for the protest not to be subjected to an undesirable revolution, which recently occurred in Mali. I do hope this will be deeply pondered upon because I may haven’t wrongly guessed the negativities that’s likely going to result from such brutish proccurred

What Is China’s Higher Education Agenda In Africa?

Rise Of Homosexuality In Our Society, A Bombshell